Soils of Climates Past, Present, and Future

Silently lying under our feet you would never expect soils to hold so much information on our past, present, and future. Soils hold evidence regarding historical climatic conditions, what we are dealing with today, and what we can expect in the future. We can learn from soils about what has happened previously in an area and even what we can expect globally. The International Year of Soils November theme is not surprisingly "Soils and Climate!" This month's blog post will focus on examples of where soils revealed information on our climate over time and what to expect in the future. 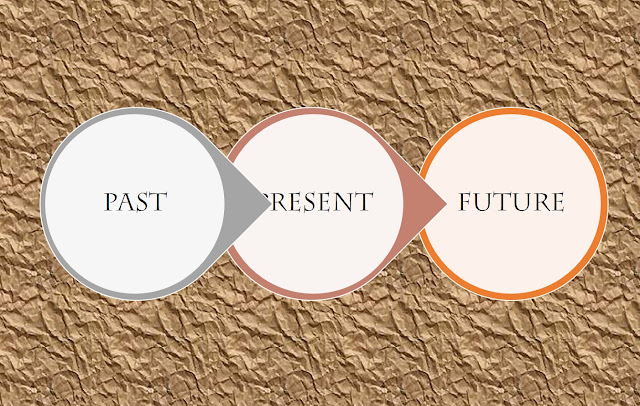 Recently, I traveled to Hawaii for a little bit of a break. However, just because I was on vacation did not mean I ignored the beautiful soils surrounding me! All over I found colorful surroundings. These bright red soils are known in the broadest soils taxonomic classification as "Oxisols" (See I'll Take an Order of the Andisol Please for more information on soil taxonomy). Oxisols are known as the most weathered (i.e. modified and broken down) of all the soils. This process is driven by warm soil temperatures and lots of precipitation typical of tropical environments. Hawaii has both of these conditions, so there are lots of oxisols present on the islands! 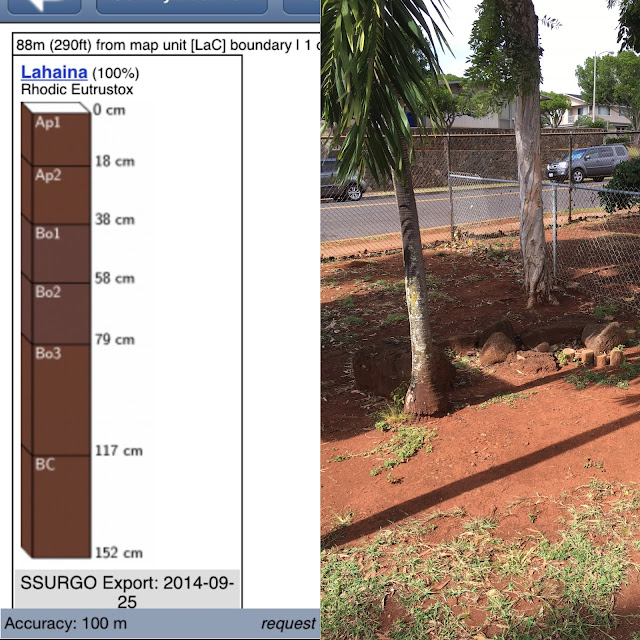 So, what if I told you that there are oxisols in California? From what you have heard for the last several years, California is in a severe drought. This would be the opposite of tropical, right? How does the state have soils that form from abundant precipitation and warmth? We may not have those conditions now, but the presence of oxisols does reveal that these conditions were in California in the past...waaay past! The Ione formation found outside of Sacramento, California is an oxisol indicating that very different climatic conditions were found in this area once upon a time.


Present and future information can be somewhat tied together as we know (somewhat) what is happening currently and can predict what will occur from the current conditions/changes. One example is the thawing of permafrost in the arctic. Currently we are experiencing increases in average temperatures. These minuscule changes (ones that humans can't necessarily detect from day to day) can drastically affect ecosystem processes. The melting of permafrost in the arctic changes atmospheric conditions. How does this happen? Ok, go back to what we were talking about in terms of soil formation. If warm and moist conditions help soil formation what about cold and moist? If an area rarely has water moving through the soil (remember the water is frozen and not much chemical transformation is occurring) or biologically active soil temperatures do not occur very often (i.e. the microorganisms are sleepin' moist of the time due to freezing temperatures) soil formation will be super slow. For example in Alaska, these conditions have created layers of permafrost where soil, both mineral and organic, remain in a state of suspended animation. The soils are storing a high amount of carbon (i.e. dead plants). However, change these conditions by setting this area into defrost mode and we wake up those microbes; a release this carbon in the form of carbon dioxide and methane (i.e. greenhouse gases) occurs. We have plenty of both of these gases helping to keep the planet warm, so this process is not favorable at this time. In this way, soils are letting us know what is happening right now and what to expect in the future.


Learning from the environment around us can help humans to understand where we have been and where we are going in regard to climate. Soils and climate have an interconnected relationship where they have influenced each other and continue to do so. Continued study of both of these areas can help us to understand, learn from, and possibly prepare for what's next.
Posted by Talus Soil Consulting at 10:52 AM No comments: