What is under your house? Cobwebs, ducts, and maybe a few fuzzy critters are likely present. How about the support for your house? Concrete, wood, and metal reinforcement & stabilizing pieces are definitely components. What determines whether your house stands or falls? The answer is, of course, soil! For May, the International Year of Soils' theme is "Soils Support Buildings/Infrastructure." In this month's blog post, I will discuss several problematic soil types and their effects on your house. However, even though soils have their issues, other options for housing placement are minimal. You have an option of rocks or water. I think I'd rather not have to mountain climb or take a boat to work, though. My mountain goat skills would need some honing.


Our first problem child are those known as "shrink-swell" soils that wreak havoc on the foundation and other functional parameters within a house. Houses built on these type of soils will shift when soils moisten or dry. Soils in the order "Vertisol" have these properties. These soils contain clay that allows for a change in size (swelling) when wet. Soils may not moisten evenly or have enough room to expand. This results in soil shifting of the structure placed upon this soil. When the water is lost from soil the clays decrease in size (shrink) resulting in large cracks in the soil. This soil movement can result minor annoyances such as doors not closing or opening easily. Major problems can also occur namely cracks in your foundation. Several areas in the United States battle these conditions. California, Texas, Montana, North and South Dakota, Arkansas, and Louisiana are just a few of the states that have these clay soils. Not all clays exhibit this type of behavior though. The clay in vertisols have a particular chemical arrangement that allows for water to enter into the particles at the molecular level. We are talking about water molecules (H2O) entering clay layers (think very thin plates - nanometers thick), which is an event that occurs at a super small scale, but with a huge effect!


Our next challenging soil deals with earth movement at a much larger scale. Living in California, one is very aware of earthquakes. We think of the above-ground damage as it is quite hard to ignore. However, there are other dramatic changes that transpire when the earth shakes. Below-ground soil "liquefaction" can occur given the right soil moisture conditions. In the simplest sense, the vibrations on the soil combined with a proper amount of soil moisture results in a decrease in soil strength (see January's post Soil Movie Myths for a more in depth look). This loss of support results in major structural movement and destruction. The 1906 earthquake in San Francisco showed evidence of this all over the city. Houses sank down below the sidewalks, so doors could no longer open on to the street.  Sandy fill soils over marsh deposits were to blame for much of San Francisco's liquefaction and subsidence. Soils that are loose and/or lacking structure can be susceptible to this phenomenon.


One last soil soil type that creates issues for housing (and roadways) are acid sulfate soils. Without even knowing exactly what these are, the name "acid" may be familiar enough to ring alarm bells. These soils are typically found near the coast, but can occur inland near mining sites. Marshlands that undergo drainage can undergo chemical reactions overtime that create very acidic (low pH) soils. When soils have very low pH's they can affect metals and concrete in contact with the soil through corrosion. The destruction of metal is a slow process called corrosion. Metals lose their stability through this process. Bridges can be greatly affected by this process as stability is lost. Concrete as well as bricks and mortar are also affected by the acidic soils. The components of housing, roadways, waterways (e.g. storm drains) break down over time. This sort of damage can be costly for homeowners and municipalities.


Soils support dwellings, roads, bridges and many other structures important for our lives. Now that you know there are "better" and "worse" soils out there to place buildings upon, hopefully this can help guide you in choices you make in life, such as purchasing a home. Finding out what is supporting your potential or current home can help you understand what problems you may encounter. Next time's blog post I will guide you through this process! Check back soon! 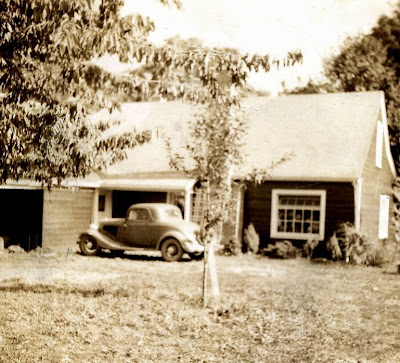